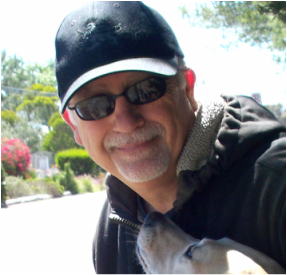 Robert Short's three decades of outstanding technical, creative and artistic achievement in the field of entertainment have brought to life many of the screens most indelible character icons. Academy Award winner, Robert Short has fostered a unique blend of styles and techniques in the design and creation of his characters. From the outrageous "Beetlejuice" afterlife inhabitants to the enchanting mermaid from "Splash" to the man eating sharks of "Lethal Weapon 4", to the inspirational heart light of “E.T.” and development of the terrorizing design of "The Predator".

His latest projects include visual effect compositing for Warner Bros. "The Man from U.N.C.L.E.", VFX supervision for the features "To Have and to Hold" "Nameless" and “Parasomnia”, the on set visual effects supervision of NBC’s Emmy nominated series “Surface” and supervising Herbie the Love Bug’s on set performance in Disney’s “Herbie Fully Loaded”. He also helped I.L.M. reinvent E.T.’s heart light for the enhanced 20th anniversary release of E.T. the Extraterrestrial. His storyboard and visual effects consultant contributions include Imagine's "Those Who Kill", the Fox Network series “Vanished”, “Justice” and the Raw Feed/Warner Bros. feature film “Sublime”. The arrival of Sega's Dreamcast System and it's survival/horror "Blue Stinger" game introduced a dozen of Short's highly acclaimed deranged creature designs to the high tech world of computer games.

Short has also pioneered interactive location based entertainment with the creation of the Halloween seasonal live event shows such as Montreal's "Chateau Greystoke" and PHA's "Terrordome".

As a WGA writer Short created the story for the Disney Channel Movie of the Week “The Scream Team” starring Eric Idle. His screenwriting credits include "Scared to Death", which won a Saturn Award for best low budget film, "Rage of Honor", the ninja action film starring Sho Kosugi, "Return of the Swamp Thing" and episodes of ABC's The Renegades and CBS's Gavilan which starred Robert Urich and Patrick Macnee. As a DGA director Short helmed multiple episodes of the syndicated live action series "Super Force" and the American sequences of TWE's "Programmed to Kill", which he also wrote.

Short’s unique background also brought him to the attention of the Universal Studio’s Florida theme park where he and his work are featured daily at the “The Gory Gruesome & Grotesque Horror Make-up Show”. Short is a frequent guest lecturer on film making and visual f/x at University and College film schools around the country and a return lecturer to the Tokyo International Film Festival in Japan, the BKSTS in England and several international film festivals. He lives in Malibu, California with his wife and business partner Barbara Slifka.

As Hollywood acknowledges the growing importance of affordable high quality visual and special make-up effects, Short’s versatility in digital and traditional effects, combined with his background as a writer and director, gives him a unique expertise in delivering the quality and vision demanded by today’s filmmakers.